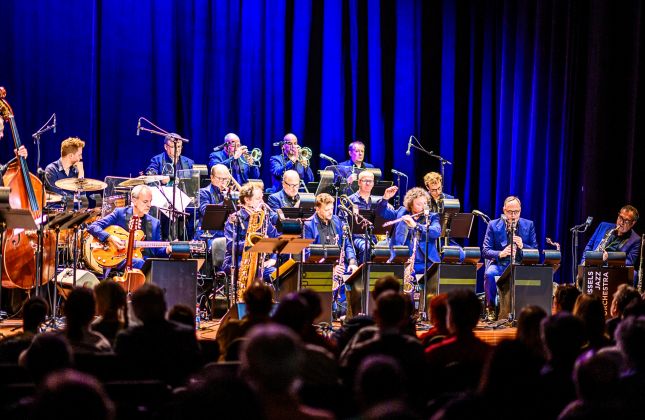 It might be unexpected but the Brussels Jazz Orchestra (BJO) is not the kind of jazz orchestra that sticks to standards. We prefer to achieve the highest level by composing original music, creating unique arrangements and playing inventively as well as passionately. In fact, it really is jazz with a dynamic orchestral sound, with a classic strength in which each musician is also a brilliant soloist.

Brussels Jazz Orchestra was founded in 1993. The orchestra has enjoyed the recognition and support of the Flemish government since 1999.

Who comes to play with BJO depends on the project. In addition to BJO’s own productions, we work with well-known musicians from all over the world. In that way, BJO has established a reputation at home and on relevant jazz stages abroad.

- In June 2017, the orchestra wins an Edison Jazz/World Award in the category "Vocal Jazz" for the album BREL with David Linx.